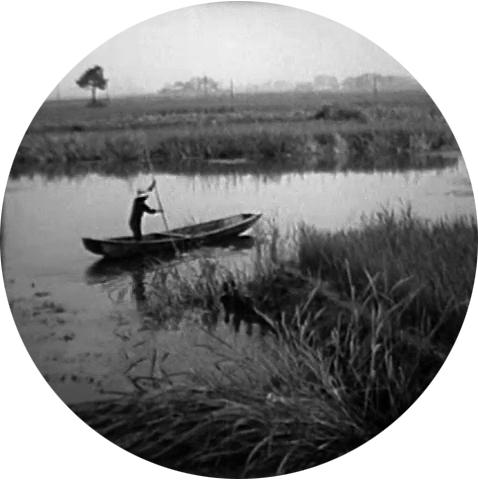 Mountains and rivers constitute the topography of Gifu, and have a large influence on the prefecture’s resources, traditions and possibilities. In the present screening, the first half deals with the inhabitants’ relationship with nature after the war, focusing on flood-control measures and the development of resources. The second half presents a radically different activity, the practice of zen in Shogenji Temple in the Mino area, where nature is no more a trove but rather a barrier with the outside world, in the aim of purifying the soul.


【On “The Archaeology of Image”】