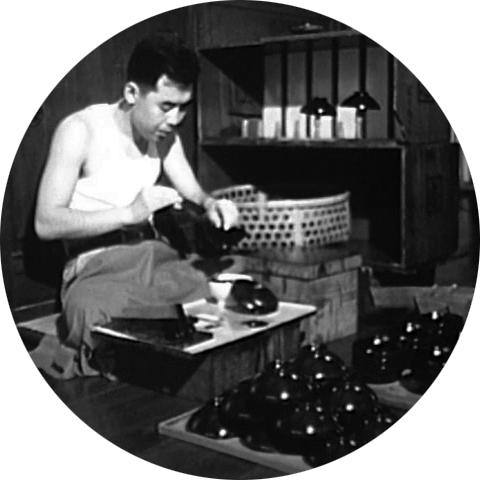 Date & Time: Friday, May 9, 2014 6:30 p.m. (expected to end at 7:20 p.m.)
Venue: Intermediatheque 2F Lecture Theatre ACADEMIA
Admission free (no reservation required)
Language: Japanese (no subtitles)
The number of seats limited to 48. We request your comprehension.
* Photographing, filming and recording are strictly prohibited.
* Please refrain from eating and drinking in the museum.

During Japan’s rapid postwar economic growth, as the government was implementing economic development based on industry on a national level, the city of Kanazawa was somewhat of an exception: it strongly preserved its identity as a castle town, exploiting it as a touristic asset. Such a policy was made possible by the ancient cityscape and the surrounding nature, but these were significantly damaged by the region’s modernization. The films presented in this screening, while recording such transformations, take a nostalgic look at how popular classes preserve their local identity through traditional arts and crafts as well as a lifestyle inherited from the past.