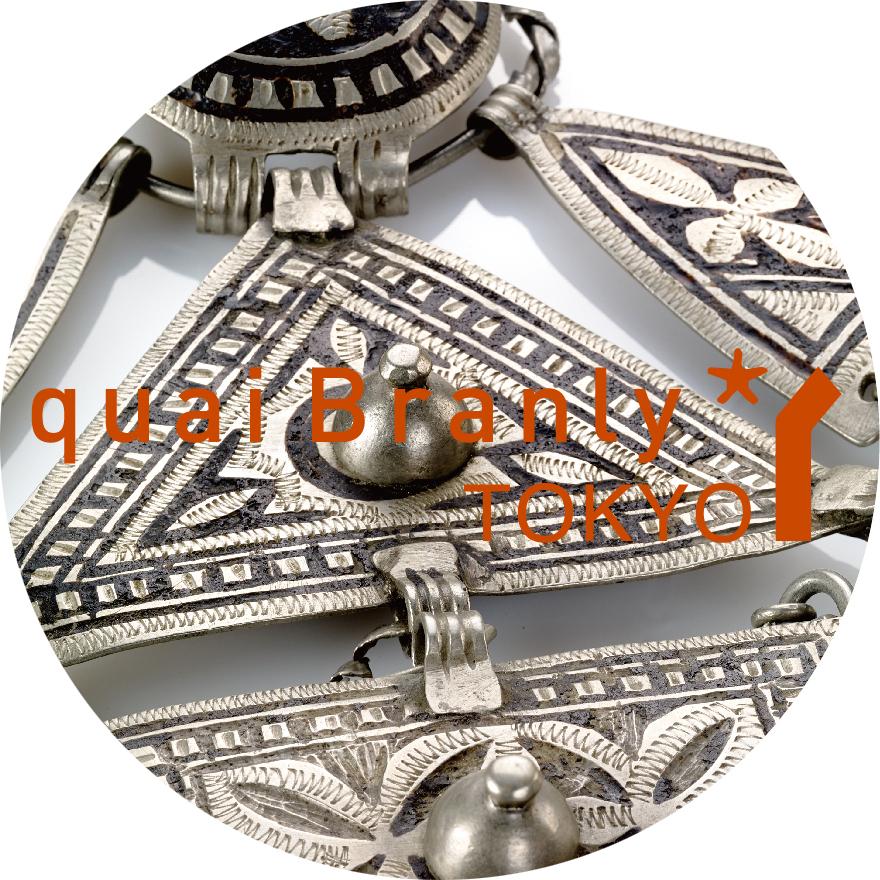 The fifth installation of Quai Branly Tokyo consists of magnificent jewels from Maghreb and the Near East.

The Berbers living across Maghreb on the North African continent, the Bedouins leading a nomadic life from the Sahara to the Arabian Peninsula, the Kurds distributing over Turkey and Northeastern Iraq… Traditional culture of people living in dry regions ranging from North Africa to the Middle East may appear extremely distant to the Japanese living in a damp environment. These exhibits are neither archaeological or religious vestiges, nor specimens for anthropology, zoology, botany or geology. We seldom have the opportunity to take a close look at popular jewelry made and worn in traditional Arab societies from the Levant and Maghreb regions, using materials deemed there to be precious, such as silver, gems, enamel, glass, coral and old currencies. When facing these jewels, it is useless to inquire whether they are artworks or ethnological specimens. If we finely examine these items, their manufacturing techniques may appear rather unrefined. However, we have to focus on the craftsmen’s posture, simply praising the intrinsic value of each material in these jewels. There lies a generous and keen sense that we now have lost, and we cannot help feeling the immensity and strength of earlier stages of civilization. Today, the tide of globalization is about to sweep the world. These jewels worn by women living in the desert not only speak of the aesthetic diversity that characterizes mankind’s tendency to adorn oneself with magnificent decorations, but also of the plurality of value systems making up our world.
Yoshiaki Nishino

Women’s Jewelry from the Near East and the Maghreb

Whether they are rich or poor, city dwellers or country people, Oriental women like to adorn themselves with jewelry. Jewels gracefully crown their head, decorate their ears, enhance their bust and outline their arms and ankles. Such a taste for precious ornaments dates back to antiquity, and is testified by numerous archaeological excavations in the Near East and the Maghreb, which have produced a profusion of jewelry, admirably crafted according to diverse techniques. Other excavation sites, such as the caravan city of Palmyra in Syria, have revealed sculptures representing women adorned with jewelry in abundance.
The corpus of Oriental jewelry is considerably rich, and includes diadems, temple ornaments, earrings, necklaces, fibulas, bracelets and anklets. Celebrations, and weddings in particular, were so many occasions for women to display all their jewelry.
Worn on clothes, next to the skin and sometimes even on the face, these jewelry pieces are more than simple objects embellishing those wearing them. They are tangible signs of social membership and of an individual’s place within society. Depending on their form and material, they are endowed with magical power. Each element forming a jewel – the hand, the fish, the triangle, the snake, the crescent, the blue or red pearl – protects women against all ills, favors happiness and above all, as it is believed in the Mediterranean, keeps the evil eye away.
Women’s attachment to their jewelry is also related to the security it brings them. They are a safe investment protecting them against the vagaries of life. Brought by their husband as a dowry, they remain in women’s possession even in case of divorce.