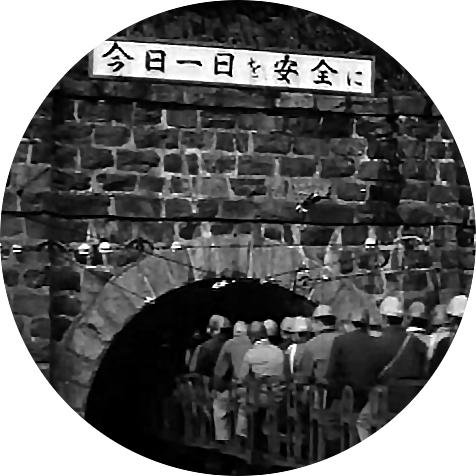 Facing each other on both sides of the Seto Inland Sea, Yamaguchi and Ehime Prefectures appear to offer contrasted environments. Open to the exterior since the end of the Shogunate, Yamaguchi was thriving with industry and trade, whereas Ehime was isolated by the mountains and the sea, its main activity being agriculture. However, with the sudden pressure to modernize industry following the war, both prefectures eliminated the particularities of their coastlines to form artificial seaside industrial zones. The present screening traces this process covering a mere fifteen years, through two stylistically contrasted films.