Special Exhibition "Marilyn and Einstein – In Praise of Mythical Icons"

The present exhibition aims to retrace how mythical icons having earned popular success have developed in the realms of jewelry, art, design, magazines, film and fashion, and how they have contributed to the constitution of the postwar mass consumer culture.
With the development of reproduction techniques in the 20th Century and the postwar generalization of communication networks, the portraits of fashionable, famous persons spread throughout the world, in the same way as images of the divine in the past. As reproducible images where diffused on an overwhelming scale through film and photographs, those persons became superstar, eventually being mythicized. However, the more such virtual images are popularized, the more the stars themselves are reduced to being a fictional entity. In such a case, only material things can bridge together the stars and their mythicized virtual image. Starting with the gorgeous pearl necklace Joe DiMaggio bought at the famous jewelry store Mikimoto in order to offer it to Marilyn Monroe upon their visit to Japan, the present exhibition focuses on such things connecting icons with their virtual image, and gathers the heritage of the postwar Pop era.
As seen in the magazine Interview edited by Andy Warhol and presented in this exhibition, the contemporary, iconic figure of famous people, object of both artistic mythicisation and of popular consumption, was often dealt with in an artistic context from a somewhat ironical stance. However, with the birth of mass consumer society, not only people, but also things themselves achieved an iconic status. The use by Warhol of such popular motifs as the Campbell soup cans in the 1960s had to do with such a transformation. The present exhibition showcases an artwork representative of this phenomenon, namely Mason Williams’ impressive Bus (1967), measuring more than ten meters in length. This witty and audacious work, a full-scale reproduction of Northern America’s famous Greyhound Bus, creates a discrepancy between icon and image by representing an ordinary thing in an unreasonable manner.
The University of Tokyo also holds numerous items related to scholars having achieved an iconic status. In particular, the so-called “Einstein elevator” from the former first building of the Faculty of Science is interestingly shrouded in legendary mystery. Since Albert Einstein, most popular as a representative of 20th Century science, visited the University of Tokyo in 1922, this elevator has indeed been linked with the memory of the visit by the advocate of the theory of relativity. Parts of this elevator, which crystallizes the image of a science superstar, will be set up anew within the Intermediatheque and presented to the public for the first time.
From the images of deities in ancient times to current digital images, when facing a transcendent and elusive figure, man sought to give it a concrete expression, attempting to possess it by such means as images and tokens. The present exhibition, by focusing on the 20th Century as a major turning point in the history of images, thus provides an opportunity to reflect upon its heritage. 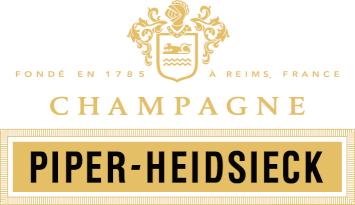