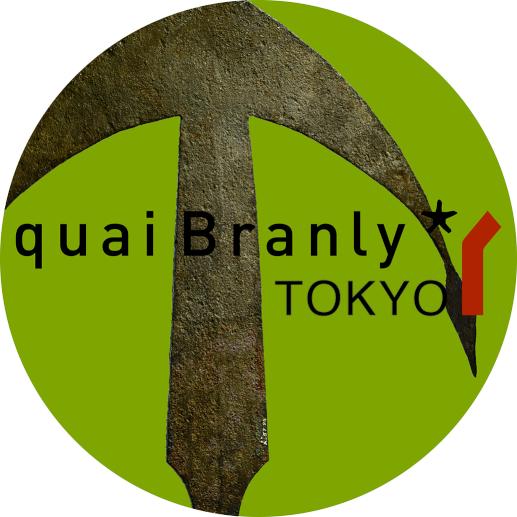 The second installation of Quai Branly Tokyo consists of a special exhibition of some twenty currencies of African tribes covering Chad, Nigeria, Cameroon, the Central African Republic, Congo and Gabon. While circulating since ancient times as currencies, the characteristic purity of their forms reaches perfection.

In the contemporary world, when talking about currency, we immediately think of rectangular banknotes and additional circular coins. If we add paper money, that is currency flooding the financial world without any material corroboration, we have listed all the currency supporting the world economy. In any case, although we may comment on the design of our currency, never do we inquire about its form. In effect, the actual monetary economy rests on a symbolic exchange system based on Arabic numerals. However, would it not be opportune to question again the universality of such a system? In fact, the forms and materials of currency in premodern societies located outside Western civilization are by no means homogeneous. The metallic currency used in tribal societies throughout Africa reminds us of such a historical fact: the origins of economic activity lay in the bartering of an object for another object. The value of an object is defined by its rarity and utility, as well as its formal beauty. In the case of currency, the object had to have a form which allowed it to be carried around easily, and its material had to have an intrinsic value. If most currencies share a highly abstract form beyond their great formal diversity, this is probably due both to their function as a medium for the exchange of values, and to the necessity of clearly manifesting their nature as a human artifact. All exhibited items, albeit in various degrees, are ornamented. In premodern societies, as with ornamented accessories, part of the value held by currency resulted from the labor value of craftsmen implemented in the process of its production.

We find an extraordinary diversity of currencies throughout the world, each culture valuing materials which appear to be most precious and rare. Shells, gold, silver, fabrics and feathers have regulated the exchange of currencies, until their recent dematerialization.
It may be surprising to associate weapons and currencies, as in Africa. However, standardized, recognizable and repeatable forms are the principle on which currency functions. In Africa, the value of metallurgy as well as the political and religious importance of the blacksmith have led to the adoption of forged metal as symbolical currency.
The prestige and beauty of these weapons has been associated with the exchange of prestige items, dowries and multiple forms of compensation. Once hoard up, metal was a supply that could be easily conserved and transported over long distances. Most African currencies can be identified with a given group of origin, but as they were largely shared, they can be found in neighboring groups.
The shape of the knife blade, the sword or the axe existed since ancient times, in a variety of forms, between Arabia and inland Africa. Weapons are used to kill, are held by who has power over life and death, and intervene during nominations, initiation rites and funeral rites.
The pure form constituted by blades, spears and hoes was familiar to the blacksmith. Undoubtedly, the formal stylization of weapons has inspired the form of currencies, and created new forms in which African art has excelled.
This presentation showcases a selection of fifteen sets of such currencies, chosen from the collections of the Quai Branly Museum for the beauty and the purity of their form. Chosen from throughout the African continent, they glorify its artistic genius, when forms best harmonizes with function.


Organized by Yves Le Fur (Director of the Department of Heritage and Collections, Quai Branly Museum)
With the support of Mr. Christian Polak + K.K. SERIC

Opportunities are rare in Japan to experience the startling diversity of the bold and enigmatic forms produced by civilizations throughout the world. This thematic presentation of masterpieces selected from the collections of the Quai Branly Museum in Paris, addressing the major preoccupations of humankind in resonance and in confrontation with the University of Tokyo collections, is the place for such an encounter. This perennial embassy of a French national museum in the heart of Tokyo emanates from a cultural and scientific collaboration of a new kind between the Quai Branly Museum and the Intermediatheque: a selection of emblematic items from Africa, Asia, Oceania, and the Americas will be regularly exhibited to the Japanese public, prompting a conversion of our worldview. Resolutely working at the crossroads of all cultures, periods and domains, both institutions share a novel approach to interdisciplinary museum activities.

The Quai Branly Museum, which opened its doors in Paris in June 2006, emanates from the Pavillon des Sessions rooms at the Louvre Museum, featuring the arts of Africa, Asia, Oceania and the Americas. At the initiative of Jacques Chirac, president of the French Republic from 1995 to 2007, and built by 2008 Pritzker prize-winning architect Jean Nouvel, the Quai Branly Museum is committed to giving the Arts and Civilizations of Africa, Asia, Oceania, and the Americas the place they deserve at the intersection of multiple cultural, religious, and historical influences. Located along the Seine at the foot of the Eiffel Tower, the museum defines itself as a place of scientific and artistic dialogue, a crossroads of exchange between the public, researchers, students, and contemporary artists. Throughout the year, exhibitions, concerts, shows, conferences, workshops, and screenings set the pace of life at the museum.