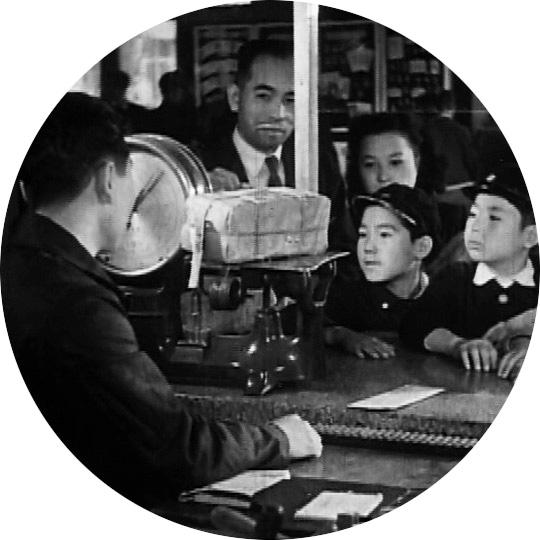 
From November 1 on, a cycle of documentary film screenings entitled “The Archaeology of Image” will be held within the lecture theatre ACADEMIA of the Intermediatheque. The first series of documentary films to be shown in the context of this cycle is “Japan Rediscovered.”
From 1961 unto the following year, the educational series “Japan Discovered” presenting each region of Japan was broadcast on Nihon Educational Television. Produced by Iwanami Film Production Co., the series was filmed by major directors of the era, and offers a sociologic perspective on postwar Japan as it undergoes rapid economic growth. This is not to say that the series is simply an outdated educational material. Not only is it characterized by calm but poetic narration, as well as experiments on framing and editing which are common to the feature films of the same era, but it also offers a unique portrait of Japan at the time. The particularities of each region, but also the faces of the Japanese before they underwent globalization, and the landscapes of Japan as it is transformed by industrialization, are admirably recorded.
Starting in 1957 and for ten years, artist Taro Okamoto traveled Japan as it underwent rapid economic growth, visiting sites of memory representative of Japan, in the continuation of his quest for what he saw as Japanese traditions. He collected the photographs he took then, accompanying them with his own texts, and eventually published Japan Rediscovered. This series of documentary films constituting the first episode of our “Archaeology of Image” cycle is precisely Japan Rediscovered in its filmic version.

The documentary films from the Japan Discovered series which will be screened this time are both entitled Tokyo. But why produce on demand two different versions of the first episode of a documentary series? In fact, Noriaki Tsuchimoto’s Tokyo was rejected and consequently not broadcast. Yoichi Kagami filmed another take, which was finally adopted. This screening will thus provide the opportunity to compare, in two different renditions, a portrait of Tokyo facing a turning point as it undergoes rapid economic growth just before welcoming the Olympic Games.
To inaugurate the “Archaeology of Film” series, we will first screen “The Post”, a short educational film produced in 1951. This film presenting postal activities through the exchange of letters and parcels between pupils from Tokyo and from the provinces offers views of the former Tokyo Central Post Office building and its second and third floors as they were used then. It is thus a precious film document when considering the history of the Intermediatheque, which is now housed here.