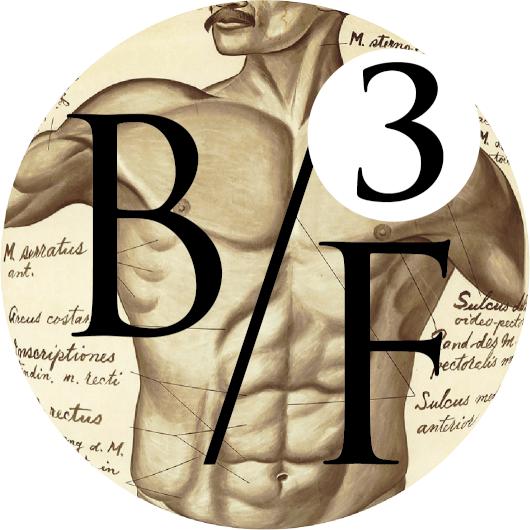 In a room inside Building No. 2 of the University of Tokyo’s Graduate School of Medicine and Faculty of Medicine were discovered more than seven hundred wall charts, related to anatomy. Wall charts were a type of visual teaching aid from before glass plates, film and slides developed into the digital images of today, and were hung from a blackboard, wall, or special stand in the classroom, and used for indicating things during a lecture. They were mounted on a hemp fabric base in the same way as a regular hanging scroll. However, they differ from Japanese scrolls in that the pictures were not made on traditionally made Japanese paper or silk, but on Western-style paper.
Anatomical wall charts featured hand-drawn depictions of the various elements that compose the human body, from the bones to the muscles, internal organs, blood vessels, nerves and brain. There are monochrome charts and multicolored charts.
The history of human anatomy goes back to a time when the division between art and science was an ambiguous one. Reaching the middle of the fifteenth century, the idea emerged in Italy that human thought and emotion is reflected in the form of the body, and knowledge of human anatomy became necessary in order to demonstrate this. That is why anatomy came to be studied at both medical schools, which deal with the body, and art schools, which deal with forms. The Brussels-born anatomist Andreas Vesalius published De Humani Corporis Fabrica Libri Septem (On the Fabric of the Human Body) in 1543 and established the foundations of modern anatomy, after which anatomical illustrations continued to develop until the second half of the nineteenth century as schematical images of the body in both medical studies and art.
In Japan, Kaitai Shinsho (New Text on Anatomy), published in 1774 by the likes of Sugita Genpaku as a Japanese translation of a Dutch anatomy book originally written in German and commonly referred to as Taheru Anatomia, commenced the importation of modern anatomy from the West. As opposed to the Western style of anatomical illustrations, which represented the human body in ways inculcated by the ideals of beauty of classical antiquity, the anatomical illustrations drawn by Japanese artists reinterpreted the Western representation of the body while copying it, arriving at a form of expression that can be described as “Japanese.”
In so-called contemporary art as well as aspects of popular culture like manga and animation, “Japanese” representations of the human body are attracting attention at home and abroad. When explaining this phenomenon, “flatness” is sometimes cited as one of the characteristics of Japanese painting. But what is missing from that interpretation is the existence of representations of the human body in Meiji-era anatomical illustrations. How “contemporary” is the modern anatomical illustration style of representing the human body that remains behind in these wall charts? That question lies at the heart of this exhibition.
Forming the seventh in the ongoing Intermediatheque Natural History Series of special exhibitions, by making the hand-drawn anatomical wall charts from the University of Tokyo’s Graduate School of Medicine and Faculty of Medicine collection available to the public, we hope the exhibition can be an opportunity to rethink “Japanese” pictorial representations of the human body in modern anatomical charts. The exhibition is held as a series, each time featuring around twenty examples of hand-drawn historical wall charts. This special exhibition will be the last one in Part 3.