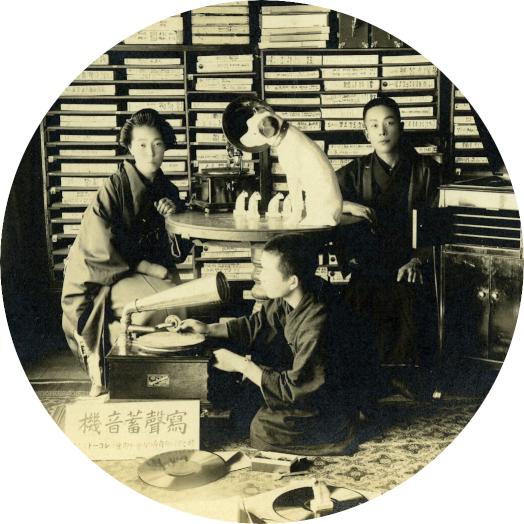 A cycle of gramophone concerts is regularly held within the lecture theatre ACADEMIA of the Intermediatheque. This concert series focuses on the Satoshi Yuze record collection, from which we select famous 1920-1940s jazz recordings. We play them on the illustrious E.M.G. Mark IX and other gramophones, in order to share a quality of sound which has now vanished from public spaces.
To prevent the further spread of the Coronavirus (COVID-19), we are streaming the gramophone concert on this page.
Lee Konitz, who passed away last April, was a musicians’ musician. Since his studio debut in 1947, under Lennie Tristano’s guidance, he played with various orchestras while building up his own musical world. That consisted in a pure and high tone on the saxophone, and in spontaneous improvisation. As a contemporary of revolutionary alto sax player Charlie Parker and under his influence, Konitz found his own way. Perhaps because his career stretched over such a long period, we hardly remember now that he debuted during the SP record era. In this concert, starting with his first recording, we reflect on the musical environment surrounding the young Lee Konitz, around Lennie Tristano, with Miles Davis and Gerry Mulligan, Charlie Mingus and Warne Marsh, as well as various modern jazz orchestras.