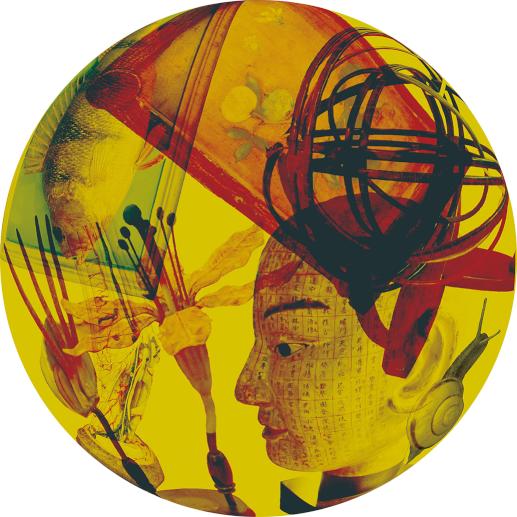 As the fifth instalment of the Intermediatheque Natural History Series, we are holding the special exhibition The Enlightenment in Objects – Mr. Loudon's Collection of Mirabilia.
In parallel to his professional activities, Dutch-born banker George Loudon is a well-known patron and leader of the cultural and artistic world based in the United Kingdom, who also demonstrated his foresight in the 1970s as a collector of contemporary art. It is said that Mr. Loudon was utterly impressed, upon his visit to the Harvard Museum of Natural History, by the remarkable 19th-century glass specimens produced by Bohemian model makers Leopold and Rudolf Blaschka. Since then, his centre of interest as a collector shifted to the educational heritage of modern science, comprising pedagogic materials, specimens and drawings in natural history. His collection also includes nineteenth-century pedagogic material such as anatomical specimens by French doctor Auzoux, a stuffed specimen of a double-headed kitten, physiognomy specimens from China, wax-made educational materials from Italy, and natural history specimens from India, North and South America or the Middle East. Also included are a Xylarium made in the early Meiji era by Katō Chikusai, an artist attached to the Koishikawa Botanical Gardens of the University of Tokyo, an Illustrated Album of Fish and Insects dating back to the late Edo period, as well as a set comprising a celestial globe and a planisphere. Fifty of these precious items, including the abovementioned objects from Japan, will be traveling to Japan for the first time. Mr. Loudon does not hold a nostalgic view on 19th-century scientific heritage considered as something from the past; rather, this heritage is reactivated within the value system of the present era, in reference to today’s sense of design. Such principles of collecting, using the heritage from the past fading away from our epoch in order to discover new aesthetic values, is an innovative approach to a problem museums have to deal with today.