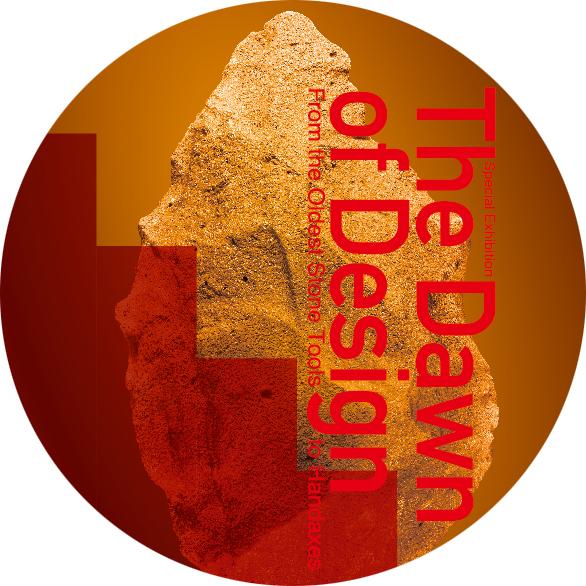 On the occasion of collaboratively exhibiting in Japan some of the oldest stone tools discovered in Ethiopia, the Intermediatheque is holding a special exhibition focusing on the design of the stone tools in their formative periods. In parallel, a special exhibition retracing the evolutionary trajectory of both ancestral humans and stone tool technology is being held at the University Museum, the University of Tokyo (Hongo campus) until January 28th.

Africa, and Ethiopia in particular, is known for her remarkable record of fossils elucidating human origins and the major stages of human evolution. Also, the earliest definitive record of stone tools, and the earliest designed stone tools have both been reported from Ethiopia. The handaxe is representative of such ancient stone tools, and its name comes from the inference that it was hand-held while shaped like an axe in the broad sense. Based on the long-term collaboration between the University Museum, the University of Tokyo (UMUT) and the National Museum of Ethiopia, it is our pleasure to temporarily exhibit some of the world-class research specimens known from Ethiopia. We thank the many individuals who have made this exhibit possible. This exhibit takes us back through time and follows the steps that our ancestors have taken, reconfirming that we all share a common past and future. We also hope that this exhibit serves as an opportunity to learn from Ethiopia’s wonderful prehistorical resources, far away here in Japan.
At the Hongo-campus UMUT exhibit halls, we present (until January 28th) the more details of early stone tool technologies and their development. We also show the evolutionary trajectory of the genus Homo, via a phylogenetic presentation of fossil skull replicas. We would be honoured to welcome you to our Hongo-campus exhibit as well.

Stone tools are among the first tools man has held in his hand. To use stones nearby as an instrument: animals other than man are capable of doing so. However, man was the first to realize that transforming stones was more convenient. Proof of this was found on Ethiopian land. This dates back to 2,6 million years, a period of time beyond imagination. Transformed stones, if preserved, can be reused. Once he realized this, man worked on rendering the stones’ form more beautiful. 1,75 million years ago, this was the dawn of design. The acquisition of the handaxe was the moment when man as an animal species evolved into mankind as a cultural being. Since, mankind has continuously used symmetric stone tools for almost 1,7 million years. Is there a contemporary artefact of which we can expect such a long-lasting life? From this point of view, we have to say the existence of the handaxe is unfathomable. By looking over the history of representative stone tools from the oldest ones found in Ethiopia to handaxes of the Homo sapiens who migrated out of Africa, the present special exhibition aims at prompting a new reflexion on the history of the evolution of tools during the first periods of mankind. A Stone tool exhibition is also organized in parallel at the Hongo campus. If that exhibition follows scientific orthodoxy, the present exhibition focuses on the design of stone tools. Tools reflect the physical sensitivity of man. This is an opportunity to reconsider the heritage of stone tools from the double perspective of paleoanthropology and the aesthetics of design.