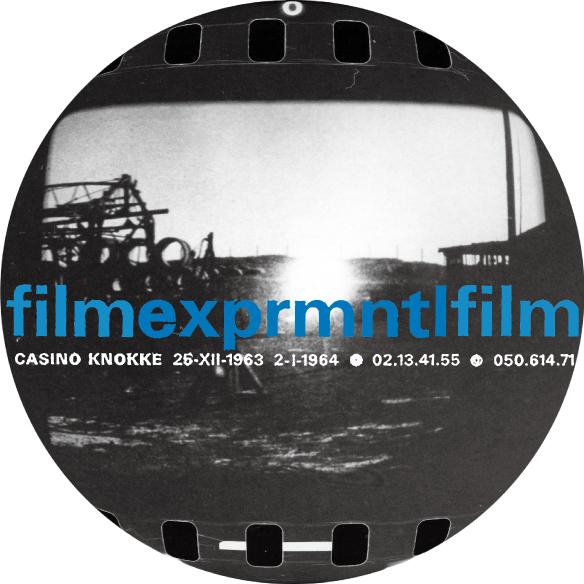 [Date]: Friday, March 24, 2017 18:00 (Doors open at 17:30; expected to end at 19:45)
[Venue] Intermediatheque 2F Lecture Theatre ACADEMIA
[Admission] Free (no reservation required)
The number of seats limited to 48. Your understanding is appreciated.
* Photographing, filming and recording are strictly prohibited.
* Please refrain from eating and drinking in the museum.


In 1949, the peaceful seaside resort of Knokke Le Zoute in Belgium staged an ambitious avant-garde film movement. Organized by the Royal Belgian Film Archive, the Experimental Film Festival “EXPRMNTL” drew worldwide cultural attention, with a prestigious prize awarded with the financial help of a local casino. Until its final edition in 1974, the festival was only held five times. However, during this period, it continually presented experimental film works that would eventually mark history, stirred up controversies with radical works, and significantly contributed to bridging the gap between cinema and other artistic fields. In Japan also, key figures of the blooming postwar experimental film world participated in the festival since its inaugural edition. Especially in the third “EXPRMNTL” edition held in 1963, seven out of 107 works were from Japan, and created a sensation. Disconcerted by these works, the jury eventually offered a special prize collectively to all seven works. The participating directors, upon their return to Japan, organized in 1964 the “Film Independents” Festival at Kinokuniya Hall in Shinjuku, presenting radical works that contributed to intermingle experimental cinema and contemporary art.
The screened films of the award-winning works were eventually donated to the Belgian Royal Belgian Film Archive, and kept in its collection. Last year, for the 150th anniversary of the establishment of diplomatic relations between Japan and Belgium, these films were newly digitalized. With the cooperation of VUB Professor Hans de Wolf and the Royal Film Archive, we are retracing the dawn of Japanese postwar experimental film, with a special screening of these works.