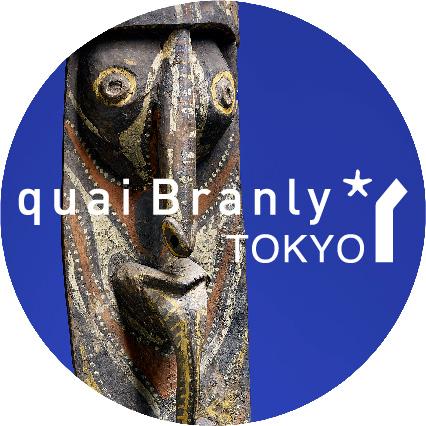 Colors are applied to male statues. As the pigments used probably come from the natural world, they don’t have the slightest gaudiness proper to manmade pigments. To apply colors amounts to tricking out something. Tricking out something is a strategy to transcend the sphere of daily life in order to enter another dimension. Transformation due to makeup is the most familiar practical example of this. Many idols produced in so-called primitive societies are richly colored. This is to attest that the statue represents a being endowed with transcending powers and magical mystery. Which color apply, on which part of the statue? Although the choice of colors and their symbolic meaning vary according to ethnic groups, beliefs, history and geography, the aesthetic intention of manifesting power through colors is a universal tendency. The title The Spell of Primary Colors is borrowed from Taro Okamoto’s famous book. Okamoto, known as a representative Japanese avant-garde artist, went to France in his youth, went to the Musée de l’Homme, and studied cultural anthropology with Marcel Mauss. There, he certainly had a direct experience of the strangeness concealed in the various artifacts brought back from so-called primitive societies throughout the world, for he was under the spell of so-called primitive art. One of the characteristics of its mysterious power lies in its non-Western sense of colors. This is also why Okamoto was pleasantly surprised when going through ethnological documents.

In Papua New Guinea, several cultural groups have developed ritual cycles around the cultivation, the harvesting and the ceremonial presentation of yam tubers (dioscorea spp.). A fundamental nourishing source, the yam occupies a strong symbolic place, in relation to the fertility of men and gardens, and to the efficient presence of ancestors in the world of the living.

Kwoma populations along the Sepik river and the Washkuk mountains structure the cycle of yam plantation and harvesting into three ritual sequences: yena, mindja and nowkwi. Associated to these ritual sequences are chants, dances and sculpted figures which are presented inside the ceremonial house common to a clan. The role of these esoteric figures is precisely defined, but it is only known by fully initiated men. Thus do we know their representation, but rarely their name and meaning, which refer to a whole myth.

To designate their 20th Century sculptures, Abelam populations use the term wapinyan, which means “the children of the big yams” (wappi: yam; nyaan: son or daughter). The cultivation of these big yams, which can reach three meters in length, requires the clan’s strong men to combine technical, magical and social knowledge. Once harvested, the tubers are adorned with feathers and headdresses made of wickerwork, and are thus transformed into highly valuable artifacts symbolizing the procreative faculty of man and his clan.

Colored sculptures were made to be used during initiation ceremonies. Sculpted and painted apart from the initiands, they were then placed in the various “rooms” within the ceremonial house, or kurambu, a monumental edifice erected in the centre of the village, on the Prince Alexander Mountains, along the northern coast of New Guinea.


Organized by Yves Le Fur (Director of the Department of Heritage and Collections, Musée du quai Branly)
With the support of Mr. Christian Polak + K.K. SERIC

Opportunities are rare in Japan to experience the startling diversity of the bold and enigmatic forms produced by civilizations throughout the world. This thematic presentation of masterpieces selected from the collections of the musée du quai Branly in Paris, addressing the major preoccupations of humankind in resonance and in confrontation with the University of Tokyo collections, is the place for such an encounter. This perennial embassy of a French national museum in the heart of Tokyo emanates from a cultural and scientific collaboration of a new kind between the musée du quai Branly and the Intermediatheque: a selection of emblematic items from Africa, Asia, Oceania, and the Americas will be regularly exhibited to the Japanese public, prompting a conversion of our worldview.
Resolutely working at the crossroads of all cultures, periods and domains, both institutions share a novel approach to interdisciplinary museum activities.

The musée du quai Branly, which opened its doors in Paris in June 2006, emanates from the Pavillon des Sessions rooms at the Louvre Museum, featuring the arts of Africa, Asia, Oceania and the Americas. At the initiative of Jacques Chirac, president of the French Republic from 1995 to 2007, and built by 2008 Pritzker prize-winning architect Jean Nouvel, the musée du quai Branly is committed to giving the Arts and Civilizations of Africa, Asia, Oceania, and the Americas the place they deserve at the intersection of multiple cultural, religious, and historical influences. Located along the Seine at the foot of the Eiffel Tower, the museum defines itself as a place of scientific and artistic dialogue, a crossroads of exchange between the public, researchers, students, and contemporary artists. Throughout the year, exhibitions, concerts, shows, conferences, workshops, and screenings set the pace of life at the museum.