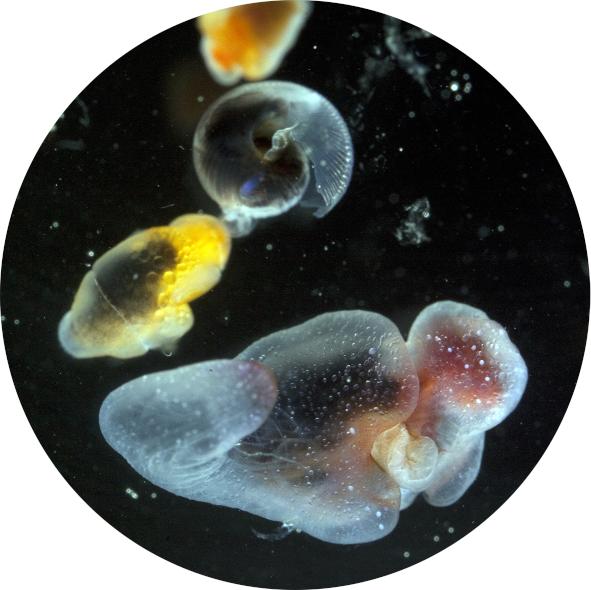 Most planktons are invisible to the naked eye. However, when looking at a sample of seawater through the microscope, innumerable planktons appear, in all their diversity and strangeness of form. Regardless of their dimension, planktons constitute the oldest and most diverse ecosystem on Earth, and have a global impact on global environment, being at the base of the food chain, producing half of the oxygen on Earth and sequestrating half of the carbon dioxide in the atmosphere. What do these organisms having such a considerable role look like? The photographs of planktons presented here, taken by Christian Sardet, a leading figure in the research on planktons, not only contribute to a spectacular evolution in marine ecology, but they are also a trove of possibilities for contemporary design, when giving form to functions.
On December 21 1872, the corvette H.M.S. Challenger of the British Royal Navy left Portsmouth, only to return three and a half years later after having covered 130 000 kilometers and collected samples in 350 locations. With the description of more than 4 000 new species, the scientific results of the Challenger expedition contributed to the considerable progress of marine biology, and furthered our global comprehension of ecosystems. The 50 volumes of the Report of The Scientific Results of the Exploring Voyage of H.M.S. Challenger during the years 1873-76 include minute copperplate engravings of newly described species. By reuniting these illustrations and the digital photographs taken by Sardet according to the latest technology, it becomes clear that Tara, a schooner supported by agnès b. since 2003, is actually marking the history of marine ecology as the Challenger of the 21st Century. Cruising around the globe for 10 years, Tara has contributed to the collection of more than 35 000 samples. The enormous visual data produced by this research is now publicized in databases and on the internet, in the form of a contemporary equivalent to the Challenger report. The aim of the present exhibition is to consider together the scientific results of the Challenger which brought a turning point in marine ecology 140 years ago and contemporary scientific research, and in doing so, to reflect on man’s continuous effort to make unknown worlds visible, discovering new forms with their own formal beauty and practical utility.